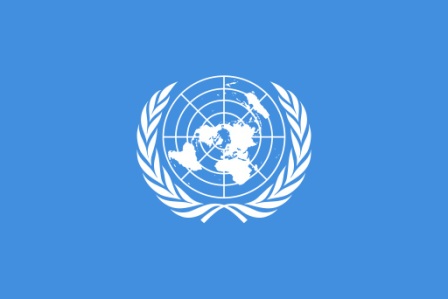 PARTY FOR THE RIGHTS OF ALL LIVING CREATURES

list with commentary in English in format: html and pdf )

2. The statute of the association - introduction

THE ASSOCIATION FOR POSSIBLY THE MOST MERCIFUL PRODUCTS OF THE ECONOMY

„All living creatures in fact mostly want to live in a world, where everyone likes each other, therefore everyone is still obliged to cause the least possible death and pain."All the rest consists more in views (speculations).
„31 And God saw every thing that he had made, and, behold, it was very good. And the evening and the morning were the sixth day." The Bible, Genesis. 1,31

This is a way to restore the world's paradise on Earth, the Jews, virtually Jewish cabbala would say, to liberate the divine light, representing everything live from capture of klippot, i.e. teguments of evil:

In my opinion the aim is the harmony of everyone and everything, this means of all living creatures (all animals, plants, fungi, living cells, bacteria, viruses, machines conscious of itself, etc.), in the future (by evolution) they could become friends for life and death. In my opinion the paradise on Earth requires us to kill other living creatures only when strictly necessary, not to kill them too many, which is the only requirement for achieving a paradise on Earth. I regard it as a self-evident truth, that “Those who have the strongest desire to achieve a world of universal love in the shortest possible time (i.e. to achieve paradise for all living things) should inflict the minimum possible death and pain (especially to all living creatures). Deciding, according to the “Philosophy of Balance, whether it is fairer for a merciful animal or an equally merciful human to die, represents an infinitely complex problem, which can only be solved by nature, or God working through it. Our descendants should thus continue in the education (i.e. evolution) of all living, often legally irresponsible creatures, such as animals, in order to help them fulfill their permanent obligation to inflict as little death and pain as possible. .

3. The statute of the association – rules for wining award of the most merciful products


[Rights and duties of the Commission] (1) The Commission is authorized and required to decide to grant or to refuse or to withdraw the designation of the appropriate economic product:

THE MOST MERCIFUL PRODUCTS …

or its translation into the language of the territory in which the designation will be used, and on the basis of proof or evidence that in each stage of production of the product for this designation was not caused more unnecessary death and pain, i.e. almost only the necessary death and pain have been caused, that is almost as small as possible death and pain. A mayor is entitled to make the selection of economic product and to suggest the designation from their own volition or on the initiative of a third party. As already mentioned, the Commission proposes the Mayor to remove or to appoint a Commissioner, it shall be entitled to inspect all the economy of Association.

Full text of the statute of above association in Czech in format: html and pdf .


© 2013-2017 applies to this entire article: Gain GRATIS trade designation of rightness: "THE MOST MERCIFUL PRODUCTS".